Although solicitor-client privilege is a fundamental civil and legal right belonging to a client, the right is not absolute and can be lost where there is either an express or implied waiver of privilege. In particular, where a client retains successive lawyers in connection with the same matter, a professional negligence action against only one of the lawyers, usually the predecessor lawyer, will give rise to an argument that the file of the other (succeeding) lawyers will no longer be protected by solicitor-client privilege and will need to be produced in the professional negligence proceeding.

Background to the action

The plaintiffs had agreed to sell their shares in Hike Metal Holdings Inc. (“HMH”) for $7 million and HMH’s assets for $1 million. Pursuant to the transaction, $4 million was to be paid on closing with the balance secured by a promissory note. The buyer’s obligations were also secured by a share pledge agreement that pledged shares in a numbered company the buyer had created and which amalgamated with HMH. The buyer ultimately defaulted on paying the promissory note. Litigation ensued, with the plaintiffs retaining K to enforce their rights.

The litigation revealed that B had allegedly failed to update a Personal Property Security Act registration within 30 days of the closing of the transaction and that she had allegedly failed to retain the pledged share certificates. The plaintiffs contended that these two errors caused them to lose their security and prevented them from taking back the shares and assets of HMH.

During the litigation, K negotiated a new deal with the buyer, which the plaintiffs alleged was done at a loss. Accordingly, the plaintiffs claimed damages against B for:

a) Loss of accrued interest under the original deal;

b) Loss of royalty payments formerly owing to them;

c) Loss of a priority position relative to another creditor;

f) The loss of the individual plaintiff’s executive time as a result of having to deal with legal issues; and

g) The loss of an ability to enforce upon the buyer’s shares in an amalgamated company.

Among other reasons, B defended the plaintiffs’ action on the grounds that they failed to initiate legal proceedings against the amalgamated company for the share certificates, negotiated a new deal which reflected business decisions and failed to mitigate their alleged damages.

To defend herself, B, on an undertakings and refusals motion, sought the disclosure of K’s file. The plaintiffs resisted production on the grounds of solicitor-client privilege. B contended that privilege was waived.

Ontario’s Rules of Civil Procedure require a party to produce every document that is relevant to any matter in issue in the litigation. As well, it has been determined that solicitor-client privilege can be waived expressly or impliedly.

In Froates v. Spears (1999), 88 O.T.C. 395 (not on CanLII), the court explained that where a client sues their lawyer, the action results in a waiver of solicitor-client privilege for all matters going to the issue of what caused the client’s loss.

The motions judge concluded that while solicitor-client privilege is a recognized fundamental right, waiver over the privilege will result where the relevance of the evidence is high and the principles of fairness and consistency require disclosure so that a defendant can defend a claim brought against them.

B was entitled to the production of K’s file because it would be unfair to her to defend the plaintiffs’ claim without it. K’s file was highly relevant to the plaintiffs’ damages and the issue of mitigation.

B was represented on the motion by Anna Husa. Ms. Husa is a senior litigation partner at Gardiner Roberts LLP.

Stephen Thiele, the firm’s Director of Legal Research and a partner, assisted Ms. Husa with the written argument filed in support of the motion that sought the production of K’s file. A PDF version is available to download here. 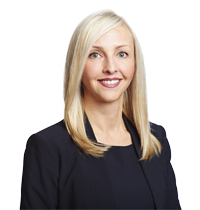