On Wednesday, former Chicago Blackhawks forward Kyle Beach came forward and identified himself as ‘John Doe’, the individual who filed a lawsuit against the NHL team over how the organization failed to address his sexual assault allegations against video coach Brad Aldrich in 2010.

According to Beach, upper management ignored his repeated complaints against Aldrich until their playoff run was concluded and the team won the Stanley Cup. Only after winning the Stanley Cup did the Blackhawks' HR director meet with Aldrich and offer him the chance to undergo an investigation or to resign. Aldrich resigned and went on to work with USA Hockey, the University of Notre Dame, Miami University in Ohio, and Houghton High School in Houghton, Michigan.

In June 2021, the Blackhawks hired Jenner & Block, a Chicago-based law firm, to conduct an independent investigation into Kyle’s accusations and verified his claims. The report also found that Aldrich went on to assault others, and while in Houghton, Aldrich was arrested and pleaded guilty in 2013 to a fourth-degree criminal sexual conduct involving a minor.

In Ontario, there are various laws and protections that employees who face this type of harassment can turn to in an effort to eradicate the ‘culture of silence’ that continues to plague some workplaces.

The Ontario Human Rights Code (“OHRC”) and the Occupational Health and Safety Act (“OHSA”) function to protect workers from acts of violence, sexual assault and harassment. In addition to this, collective agreements are also in place for unionized employees including athletes to safeguard them from same. Employees can pursue a lawsuit against both the harasser and their employer in these situations. Under OHRC and OHSA, employers are required to have a policy against sexual harassment that is clearly visible in the workplace and they are responsible for ensuring that the policy is accessible to workers who are experiencing harassment.

A major added challenge to litigating sexual assault cases is the delay in reporting by complainants. Victims of harassment are often hesitant to complain to their employer out of fear of reprisal, especially if the offender is in a position of authority. Allegations of sexual harassment are often launched long after the incident(s) took place and most commonly often after termination of the employment relationship.

In addition to reporting the conduct to an employer, speaking to a trusted friend or colleague, taking detailed notes of events, and seeing a medical professional are all ways to create a detailed chronology of events that will lend well to the evidentiary record. Speaking to someone in the workplace about these issues may also reveal that there are others who have also experienced similar harassment.

With the increased media attention on workplace sexual harassment, and also the knowledge that one can sue the Employer and/or the harasser for monetary damages along with filing criminal charges, we may see an upward trend in the number of people litigating sexual harassment complaints. A PDF version is available to download here.

If you require any litigation assistance, our Employment and Labour Group lawyers are available to assist you. Please contact Soma Ray-Ellis at 416.865.6709. 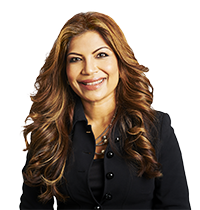