How Do I Get All My Lender Fees?

In Canada, lenders who take mortgages on real property as security should be mindful of section 8 of the Interest Act (the “Act”) and the relevant case law when drafting repayment provisions in a mortgage. Section 8 of the Act precludes lenders from imposing interest rates, fines, or penalties on any arrears of principal or interest secured by a mortgage on real property. The purpose of section 8 is to protect property owners against predatory lending practices.

The 2015 Ontario Court of Appeal decision, Parcel v. Acquaviva (2015 ONSC 331), set out the legal test for enforceability of lender fees and charges in mortgages that do not offend section 8 of the Act; as well as, when those fees and charges are recoverable. In Parcel, the Court held that where a fee or charge is a penalty that has the effect of increasing the rent due on outstanding arrears, that penalty will be in contravention of section 8 of the Act.

In practice, the Parcel decision is interpreted to indicate that unless the fees and charges sought by lenders (or mortgagees) are, in fact, incurred, they will be uncollectible. The effect of this case was twofold: the increased interest rates on borrower default were unenforceable, and fees and penalties for default were challenging to charge and enforce.

In First Source, the language of the mortgage agreement was critical to determining whether the lender fees were collectible.

It stands to reason that lenders should be very conscious of language when drafting a mortgage agreement as it relates to monetary charges. A PDF version is available to download here. 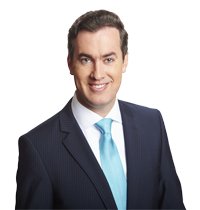 For more information please contact: Zev Zlotnick at 416.865.6601 or zzlotnick@grllp.com