Lessons in a professional liability claim

Professional liability actions provide good teaching lessons for future plaintiffs and defendants and their legal representatives. Although a plaintiff may firmly believe that they have a valid cause of action against their previous lawyer, the facts of each case must be carefully reviewed and marshaled to ensure that their claim is not dismissed. For defendants, the facts of each case are also important, particularly where the events that give rise to the action occurred more than two years before the action was commenced. A claim that was discoverable more than two years before it was started will be vulnerable to dismissal on the grounds that it is statute-barred.

In Greenspan v. Goldman, 2022 ONSC 5578, two lawyers who were sued for, among other things, negligence, fraud and conspiracy in connection with mortgage investments made by the plaintiff, obtained summary judgment dismissing the plaintiff’s claim against them because it was started too late and was based on insufficient evidence in any event. Fatal to the plaintiff’s response to the summary judgment motion was her lack of providing first-hand evidence related to discoverability of her claims against them and evidence that the lawyers had breached their duty of care and fallen below their standard of care.

The facts and the findings

The plaintiff was an experienced mortgage investor who was qualified as a “designated class of lenders” under the Mortgage Brokerages, Lender and Administrators Act. In late 2012, she loaned $450,000 to a construction company and obtained a first mortgage on a property in Whitefish, Ontario (the “Whitefish Property”). The plaintiff hired the defendant lawyer SC on this transaction. SC assisted in the closing of the mortgage and registered the plaintiff’s mortgage on title in first position. Before being engaged, a mortgage commitment to lend the $450,000 had already been obtained. On February 27, 2013, the plaintiff loaned an additional $115,000 to the construction company and obtained a second mortgage against the Whitefish Property. . SC was not involved.

The mortgage broker and law clerk had also been reported to FSCO for their activities. FSCO conducted an investigation, which was completed in 2016, and the plaintiff obtained redacted excerpts of this investigation. The investigation report did not mention or implicate SC or SK.

In November 2020, the plaintiff sued SC and SK, as well as the law clerk, over the loans. With respect to the lawyers, the plaintiff contended that SC and SK had negligently represented her in the impugned transactions, and engaged in conspiracy and fraud. The plaintiff alleged that they had failed to obtain appraisals for the properties at issue, failed to obtain title insurance, and failed to complete specific Law Society of Ontario forms. She also alleged that SC had, among other things, failed to warn her about certain aspects of the mortgage on the hotel property, and that SK had failed to advise her of risks associated with the third mortgage on the hotel property and failed to follow her instructions.

Under Ontario’s Limitations Act, 2002, a party has two years to start an action from the day a claim is discovered. In SC’s case, the construction company had stopped making mortgage payments in 2014 and the plaintiff commenced foreclosure proceedings. In October 2015, the plaintiff had received almost $225,000 from insurance proceeds and knew that she suffered a loss under the mortgage. Therefore, the plaintiff should have started her claim against SC by October 2017.

In SK’s case, the facts disclosed that the plaintiff either did or reasonably ought to have known that there was a plausible claim against him no later than March 2017. As of March 3, 2017, the construction company had ceased making payments under the third mortgage and the plaintiff had started an action against others in which she had claims having suffered damages for loss of her mortgage advances, loss of profits, loss of opportunity, and various out-of-pocket expenses. Accordingly, SK contended that the plaintiff should either have named him as a defendant in her 2017 action against the mortgage broker and law clerk or, at least, commenced an action against him by May 4, 2018 (the applicable “cut off date” based when the statement of claim was eventually issued).

The use of the statutory limitation period defence to support the summary judgment motion triggered  the following analytical approach that the court, as set out in Shukster v. Young, 2012 ONSC 4807, had to take into account:

Pursuant to Rule 20, a party moving for summary judgment retains the overall burden of showing that there is no genuine issue requiring trial. However, where a defendant moves for summary judgment in relation to a statutory limitation period, the evidentiary burden as to the discoverability issue and under Rule 20 effectively shifts to the responding party under section 5(2). In particular, the plaintiff must adduce evidence sufficient to demonstrate that there is a genuine issue requiring trial, concerning operation of the limitation period pursuant to subsection 5(1) and 5(2). In particular, a plaintiff seeking to defeat operation of the limitation period on such a motion has the onus to rebut the presumption in s. 5(2), or at least demonstrate that there is a genuine issue requiring a trial as to whether that presumption is rebutted.

However on the summary judgment motion, the plaintiff relied on an affidavit sworn by her husband rather than herself, and did not provide any expert evidence that the lawyers had breach their duty of care toward her or had fallen below the standard of care. These omissions were fatal to the plaintiff’s ability to rebut the section 5(2) presumption that her claim was discoverable at the time she incurred her losses under the respective mortgage. The plaintiff had not put her best foot forward.

Without the plaintiff putting forward her own evidence it was impossible for the court to assess her actual or constructive knowledge regarding when she discovered her claim against her lawyers such that there was a genuine issue requiring trial based on the established facts.

The tactic of relying on her husband’s affidavit was described by the court as “unwise.” As explained in cases such as Parris v. Laidley, 2012 ONCA 755 and 2152222 Ontario Ltd. v. 2173435 Ontario Inc., 2016 ONSC 2978, a court can draw an adverse inference from the failure of a party to provide the evidence of the person having personal knowledge of contested facts. By failing to provide her own affidavit evidence, the court was unable to assess the plaintiff’s subjective state of mind with respect to discoverability to defeat the limitation period defence raised by the lawyers.

Accordingly, the court was required to conclude that the plaintiff’s claim against each lawyer was statute-barred.

Further, the court also found that the plaintiff’s claim against the lawyers lacked merit. Since the claim against the lawyers did not involve non-technical matters or matters within the knowledge of an ordinary person and their conduct was not so egregious that expert evidence was unnecessary, the plaintiff was obligated to lead expert evidence on the duty of care and standard of care.

The court also concluded that the plaintiff’s claim against SC in relation to his alleged services on the hotel mortgage lacked merit because there was absolutely no evidence that he worked for plaintiff on that mortgage. As for SK, it was not manifestly obvious from the record that there was any negligence. The allegations that the lawyers were liable for conspiracy or fraud were simply based on bald allegations unsupported by the evidence.

This case serves as a reminder that actions must be commenced within two years of having been discovered. When a plaintiff is challenged that their claim is brought outside of the two year limitation period, the plaintiff must lead first hand evidence of either their actual or constructive knowledge to establish the date of discoverability, otherwise an adverse inference will be drawn against them and the facts established by a defendant will prevail. As well, this case once again makes clear that in negligence actions against a lawyer, a plaintiff on a summary judgment motion will generally be required to advance expert evidence on the duty of care and whether the conduct of the lawyer fell below the standard of care. Although there are two exceptions to the need to lead expert evidence on the duty of care and standard of care, a plaintiff who fails to do so takes a significant risk that their claim will be dismissed on the merits.

In this case, lawyer SK was represented by James Cook, a senior partner in the dispute resolution at Gardiner Roberts LLP and Eli Bordman, a junior associate in the firm’s dispute resolution group. A PDF version is available to download here. 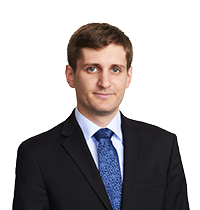