Share capital social clubs currently in existence in the province of Ontario are non-profit companies with share capital, most of which were incorporated under Part II of the Ontario Corporations Act, RSO 1990, c C.38 (“OCA”). Some were incorporated under other acts, but eventually came under the jurisdiction of the OCA due to legislative action. These clubs include golf, tennis and social clubs in which the members, or some of them, hold shares in the company. Many of these clubs have letters patent issued many decades ago. In some cases the original share structures included both common and preferred shares, as well as voting and non-voting shares. Some of these were issued to the club’s founders so long ago that it is no longer possible to determine who holds the shares that were originally issued. Often it is these “founders’ shares” which have the right to participate in the distribution of the assets of the club when it is wound up. In some cases the shares held by the current members do not have the right to participate beyond their paid-up amount, usually $1.00 per share.

Transition Provisions for Share Capital Social Clubs under the OCA

When the ONCA came into effect on October 19, 2021, social clubs without share capital which were incorporated or had been continued under Part III of the OCA were automatically continued under the ONCA without any further action being required on their part. However, the OCA continues to apply to share capital social companies incorporated under the OCA, as well as to those incorporated under a special act of the Ontario legislature, or under any general or special corporate legislation of pre-Confederation Ontario or the former Province of Canada (i.e., the combined former Colonies of Upper Canada and Lower Canada between 1841-1867), with a head office and business activities in Ontario (OCA, s.2.1(a)).

Social companies will automatically be dissolved five years after the ONCA was proclaimed (October 19, 2026) unless, prior to that date, they have applied to be continued under one of three Ontario statutes:

Prior to December 31, 2020 the ONCA contained provisions similar to the CNCA, whereby, on certain fundamental matters, members of each class of voting shareholders were entitled to vote separately as a class. In addition, non-voting shareholders were entitled to voting rights on certain fundamental matters. However, these provisions were not proclaimed in effect and in 2021 all references to them were removed from the ONCA. As a result, companies that continue under the ONCA now have far more flexibility in structuring their membership classes and in determining which have voting rights. This will minimize the amount of revision that might be required in setting up the rights and privileges of membership classes after the continuance.

Consequences of continuance under the ONCA

A social company which has been continued under the ONCA will become a “public benefit corporation” (“PBC”) if, during the financial year in which it is continued, it received more than $10,000 in the form of grants or similar financial assistance from the federal government or a provincial or municipal government or an agency of any such government (ONCA, s.1(1)).

The PBC status would commence in the financial year after the year in which test is met (ONCA, s.1(3)). Since “grants or similar financial assistance” has not yet been considered by a court in Canada under the ONCA, or under the Canada Not-for-Profit Corporations Act, which has a similar provision, it is likely that a social company which received government assistance of any kind during the COVID-19 pandemic would become a PBC. It is also possible that a social club which benefited from municipal tax concessions or other types of non-direct financial assistance could meet this test. The test is an annual one and a corporation could go back and forth between PBC and non-PBC status annually.

If timing permits, a social company which would not satisfy the test to become a PBC in the year after it did satisfy the test, could delay its ONCA continuance to the second year.

Not more than one-third of the directors of a PBC may be employees of the corporation or any of its affiliates (ONCA, s.23(3).

Once a corporation is a PBC it cannot distribute assets to its members on a winding-up. The assets would have to be distributed to another PBC with similar purposes, a registered charity or federal government or a provincial or municipal government or an agency of any such government (ONCA, s.150(1)). This requirement overrides any provision in its articles (ONCA, s.167(5.2)). Even if the corporation does not meet the test to be a PBC in the year of its dissolution, it will still be deemed to be a PBC if it met the test during any of its three immediately prior financial years. It should, however, be possible for the corporation to simply delay its dissolution for three fiscal years after it last met the test to be a PBC. Although a discussion of tax issues is outside the scope of this note, it is likely that the corporation would not qualify as a not-for-profit corporation under the Income Tax Act (Canada), during the year in which it disposed of its property and succeeding years until dissolution.

In order to continue, a social company will have to pass a special resolution, which, under the OCA, is one passed by the board of directors and confirmed, with or without variation, by a two-thirds majority of the votes cast at a duly called special or general meeting of the shareholders, or signed by 100% of the voting shareholders (OCA, s.1(1)).

If the company is unable to obtain a quorum for each class of shareholders, it can apply to a court for an order waiving shareholder approval (OCA, s.2.1(7)). The court may make the order if it is satisfied that reasonable efforts have been made to locate shareholders and notify them of the meeting. The order may be subject to appropriate terms and conditions in the circumstances (OCA, ss.2.1(4) and (5)). It is not clear from the wording of s.2.1(8) whether the court may dispose of issues other than the inability to convene a quorum. This procedure will be helpful where the founding shareholders and their heirs no longer have a connection to the company and cannot be found. The steps taken to locate missing shareholders should be documented and included in the court application. Such steps include:

Despite any other legislation, no governmental consent will be required for the continuance (OCA, s.2.1(2)).

During the five-year period transition period, or until continuance, a social company may not amend its letters patent under the OCA to bring them into compliance with the act under which it proposes to be continued (OCA, s.2.1(3)). Any such amendments would have to be made as part of the continuance under ONCA, s.115(4).

Consequences of failure to continue

Failure to continue under one of the three acts will result in the company being automatically dissolved one day after the expiry of the five year period (OCA, s.2.1(7)).

Social companies dissolved on this basis will be deemed to continue to exist for the sole purpose of holding a meeting of members to pass a special resolution to continue under one of the three acts, to apply to a court for an order waiving the requirement for a special resolution and to file articles of continuance under one of the three acts (OCA, s.2.1(8)). In that case the social company would be revived on the date a certificate of continuance is issued and is deemed for all purposes to have never been dissolved – subject to any conditions imposed by the Director under the OCA and to the rights of any person acquired during the period of dissolution (OCA, s.2.1(9)). The period of time during which a dissolved social company can apply to continue will expire 20 years after the original five-year period has run (i.e., 25 years after the ONCA comes into effect, October 19, 2046), after which the provisions relating to revival will be repealed (S.O. 2017, c.20, Sched. 7, s.4(2)).

Property of a dissolved company that has not been distributed to the shareholders will be subject to the Forfeited Corporate Property Act, 2015, SO 2015, c 38, Sch 7.

Steps to consider in preparing for continuance

Social companies that have not already done so should now begin to prepare for continuance. While they have until October 18, 2026 before being required to continue, there are a number of issues that should be reviewed, and action taken, if necessary, prior to the continuance:

How to continue under the ONCA 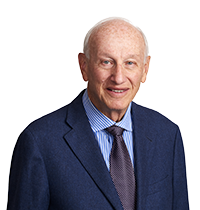 [1] If the shareholder’s location is not known, which will frequently be the case, provision can be made in the corporation’s accounts for a reserve to be carried forward for a reasonable time after continuance. However, in the case of no-par value shares which are entitled to participate ratably in the remaining assets on winding-up (which are known to exist in a number of clubs), it will most likely be necessary to value these shares based on the current value of the assets of the corporation. Clubs which own significant real property are very valuable and the per share calculation of this value could be a significant problem. Even if the valuation takes into account that there is no intention of the current members to dissolve, an appropriate discount rate to determine the present value of shares may be difficult to fix. One possible solution is to amend the OCA to provide that, despite an equity component in these shares, the cancellation amount is to be fixed at the amount originally paid up for them on the books of the corporation.