The City of Toronto has implemented a new annual tax on vacant residences, payable beginning in 2023.[1] A Vacant Home Tax of 1% of the current value assessment will be imposed on all Toronto residences that are declared, deemed or determined vacant for more than six months during the previous year. The tax is based on the property’s occupancy status for the previous year. For example, if the home was vacant in 2022, the tax will become payable in 2023.

The stated goal of the City of Toronto’s Vacant Home Tax is to increase the supply of housing by discouraging owners from leaving their residential properties unoccupied. Homeowners who choose to keep their properties vacant will be subject to this tax.[2]

This new tax should not be confused with the federal Underused Housing Tax[3] or any future provincial tax on vacant homes, which could apply in addition to this new City of Toronto Vacant Home Tax.

How do I declare?

All owners of residential property in the City of Toronto must file an online declaration of the occupancy status of their property before February 2, 2023, even if they live there. If required, homeowners can download and submit a completed paper declaration form that must be completed in full and received by the City of Toronto before the deadline. The declaration will determine whether the Vacant Home Tax applies and is payable in respect of a particular residence.

Anyone who fails to file a declaration is liable for a fine of between $250 and $10,000. A late declaration or failure to make a declaration may result in your property being deemed vacant.

What is considered a vacant property?

A property is considered vacant if it is not used as the principal residence by the owner(s) or any permitted occupant(s), or if it was unoccupied for a total of six (6) months or more during the previous calendar year. For residential properties declared as vacant for six months or more during the taxation year and without an eligible exemption, owners will be required to pay the Vacant Home Tax.

Owners of properties subject to the tax will be issued a Vacant Home Tax Notice in March/April and payment will be due on May 1, 2023.

This means that principal residences may be left unoccupied for periods of up to a total of six months throughout the taxation year without being subject to the tax.

What are the exemptions?

A property may be left vacant and is exempt from the tax if one of the following apply:

I’m buying or selling a home. What does this mean for me?

The Vacant Home Tax will impact how real estate transactions take place in the City of Toronto. The Vacant Home Tax will form a lien on the property, and any unpaid taxes will become the purchaser’s responsibility. In order to protect themselves, purchasers, real estate agents and lawyers should require sellers to deliver copies of the filed property status declaration as part of the purchase negotiations and closing process.

If a closing occurs after the declaration period, from February 3 to December 31, the purchaser must submit a declaration in the following year. The purchaser qualifies for the “transfer of legal ownership” exemption. 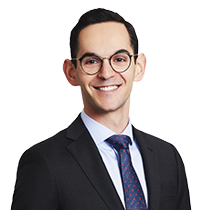 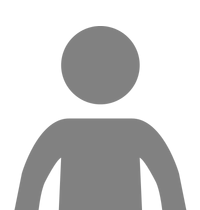 [3] See my blog on the Federal Underused Housing Tax: https://www.grllp.com/blog/Does-the-Underused-Housing-Tax-Apply-to-You-The-Answer-May-Surprise-You-410