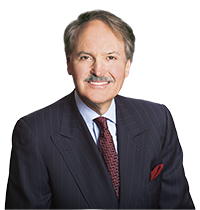 Lorne Saltman is a Partner with Gardiner Roberts LLP. He has extensive experience in diverse areas of tax practice, including in-depth experience on both the international and domestic levels involving wealth preservation for high-net worth clients, cross-border acquisitions and financings, corporate reorganizations, real estate ventures, and the establishment of offshore trusts and private foundations.

He has a successful track record in resolving disputes with tax authorities at both the federal and provincial levels, including some experience in tax litigation.

Lorne has in-depth experience in tax and estate planning, both domestic and international, for entrepreneurs as well as corporate executives, involving estate freezing of private corporations, the settlement of family, discretionary trusts and the establishment of private charitable foundations.